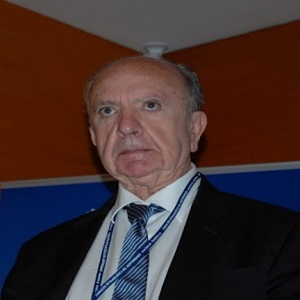 He was a devote hematopathologist that together with Horacio Oliva funded the Spanish Lymphoma Club, a group of pathologists that has been the core of pathologists in charge of the spread of new developments in the field for the last 40 years in Spain, and the attraction and training of new pathologist to this area.

Born in Godell (Valencia) in 1941 he was trained in pathology in Fundacion Jimenez Díaz in Madrid, under the mentorship of Dr Horacio Oliva and later in Ulm University (Germany). During all his professional live he has been directly involved in the continuous improvement of the anatomic pathology practice and the integration of the speciality in the clinical grounds, adding value to the role of the surgical pathologist.

Due to his knowledge, passion and charisma he was able to attract and train many young hematopathologists during his charge as chairman of the Hospital Clinico Universitario de Santiago de Compostela and was involved in many educational activities to disseminate the novel developments in the hematopathology and surgical pathology diagnostic field.
He was an extraordinary person and beloved by colleagues and friends.

On behalf of the Spanish Lymphoma Club,
Santiago Montes Moreno