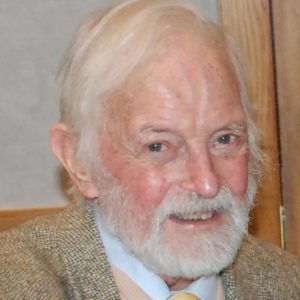 I am very sad to inform you that Professor Dennis H. Wright passed away on the morning of April 8th 2020.

Dennis Wright was a Past-President of the European Association for Haematopathology and a life-long active member. His contributions to the field of haematopathology cannot be underestimated. Dennis Wright was appointed as the Foundation Professor of Pathology at the University of Southampton in 1972 and, although he retired in 1996, he remained active in diagnostics until very recently.

After his initial pathology training, in 1960, he moved to Uganda where he worked at Makerere University College Medical School, Kampala. During this time, he undertook pioneering work with Dr Denis Burkitt describing the pathology of Burkitt lymphoma. Subsequently, he developed a lifelong interest in lymphomas. Until very recently, he was still developing a further hypothesis regarding Burkitt lymphoma. His last international presentation was on ‘Pathogenesis of Endemic Burkitt Lymphoma’ at the European Association of Haematopathology meeting in Basel in September 2016, at the age of 85. His submitted abstract was selected for oral presentation by the EAHP Scientific Committee on quality, not for sentimental reasons and, indeed, Dennis kept his audience captured with his original thoughts, critical mind and lively performance.

Through his commitment to EAHP as a President and active member since the foundation of our Association in 1988, he has inspired many generations of haematopathology worldwide. Dennis was also an absolute gentleman; he had a great sense of humour and always had a mischievous twinkle in his eye. His death is a huge loss to pathology and he will be greatly missed by many. We will remember him during the upcoming 20th Symposium and Workshop of the European Association for Haematopathology and Society for Hematopathology in Dubrovnik. A more extensive obituary will be posted on the EAHP website.

On behalf of the Board of the European Association for Haematopathology.